It is with deep sorrow that we share with you the passing of our good friend, Devaki. 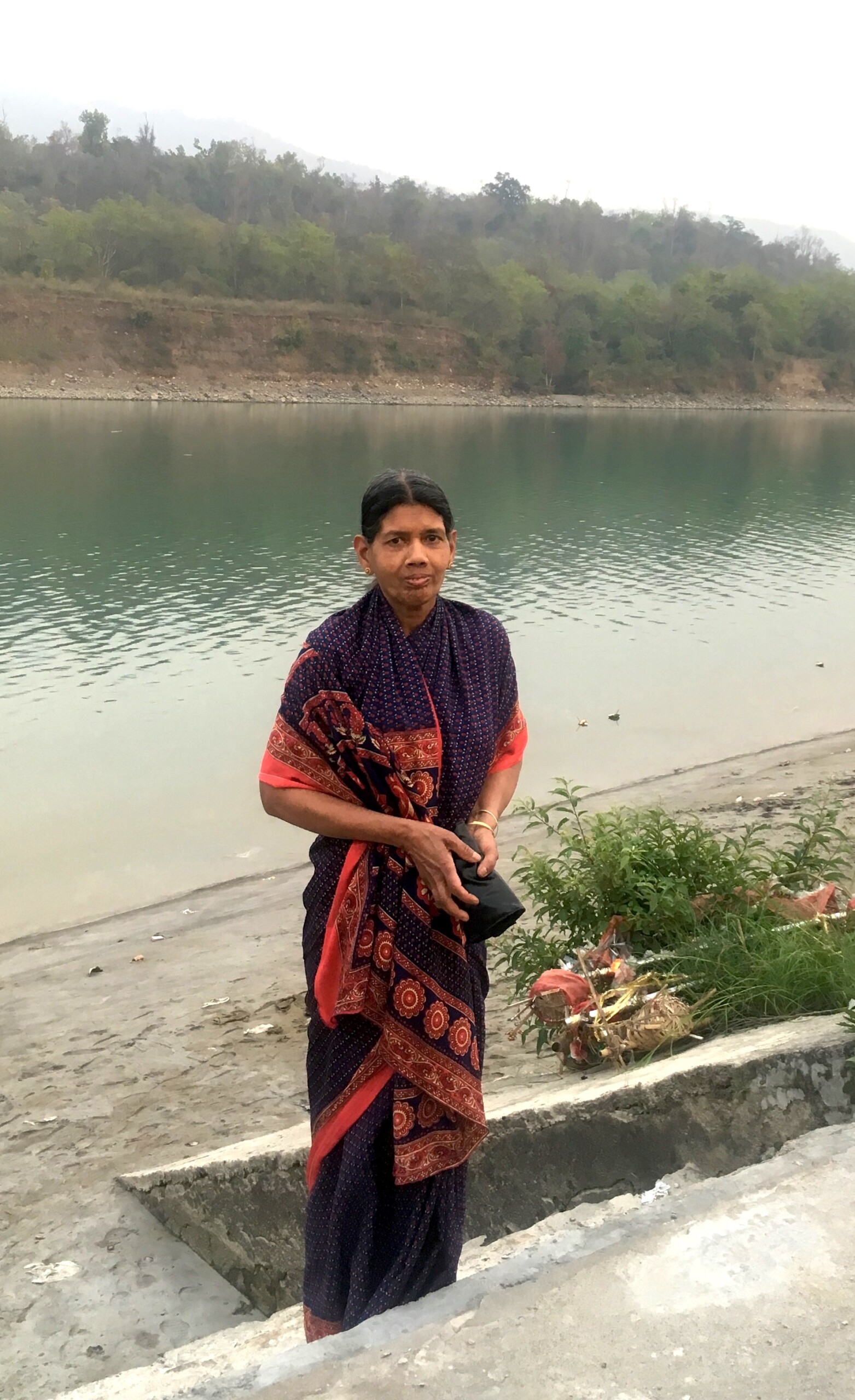 Devaki on the bank of the Ganges River in Rishikesh, India

In the late 1980’s when the Arya family was living in Delhi, Devaki married Radhe, the Arya family’s cook. When our family returned to Dehradun, Devaki and Radhe chose to move with us. 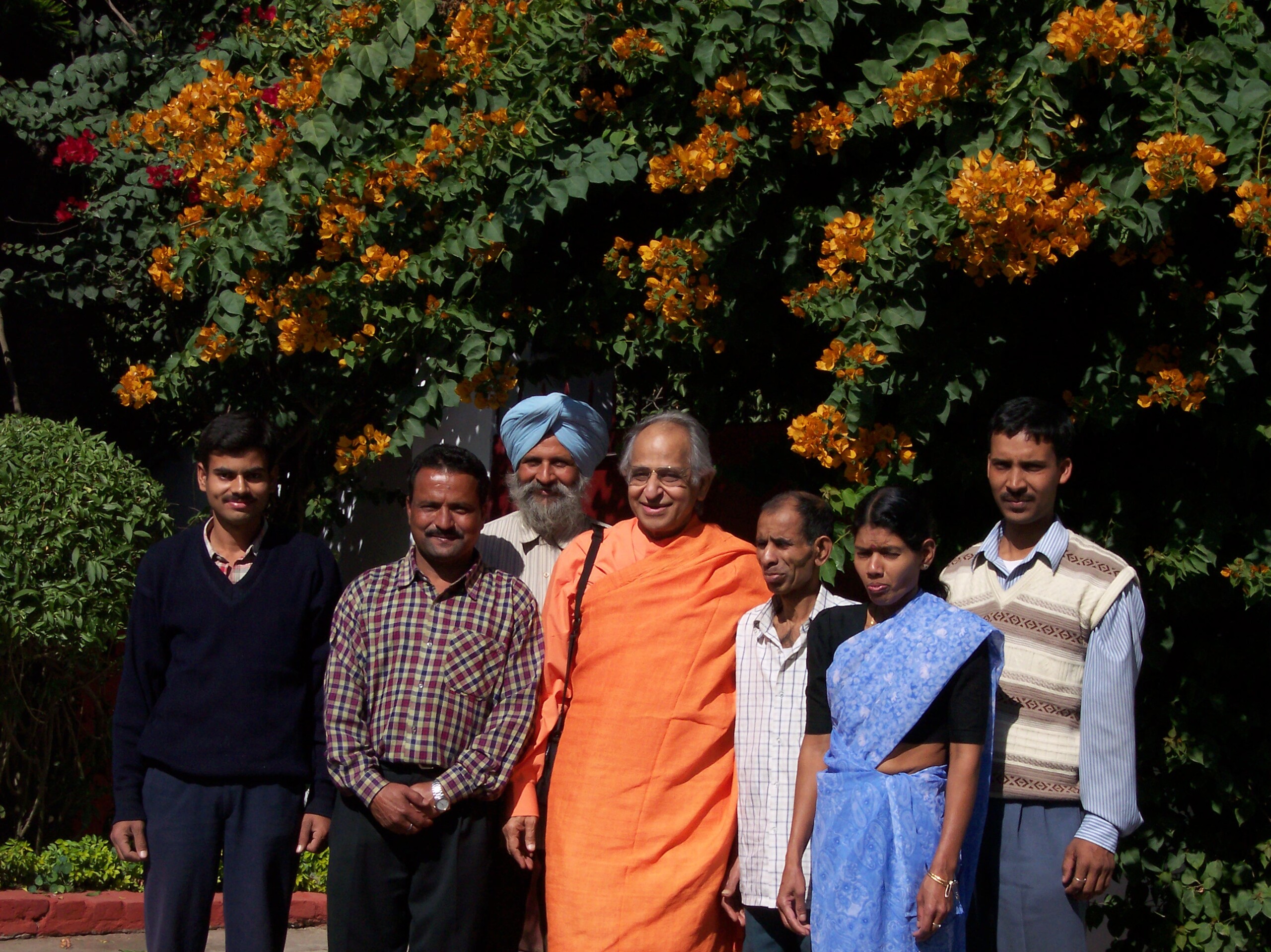 Originally from a matrilineal culture in Kerala, Devaki was always a strong, determined woman and she made her own life decisions. This didn’t change while she lived in Dehradun; when Radhe passed away, she refused to take part in the North Indian convention of giving up her jewelry and only wearing white. Her colourful saris were an expression of her own self-worth and self-determination. By being herself, she demonstrated to us – nonresident Indians with little experience of India outside of the norms of North India – that there were other ways to be Indian. She had a free and happy spirit, and her greatest joy was her son, Dev. 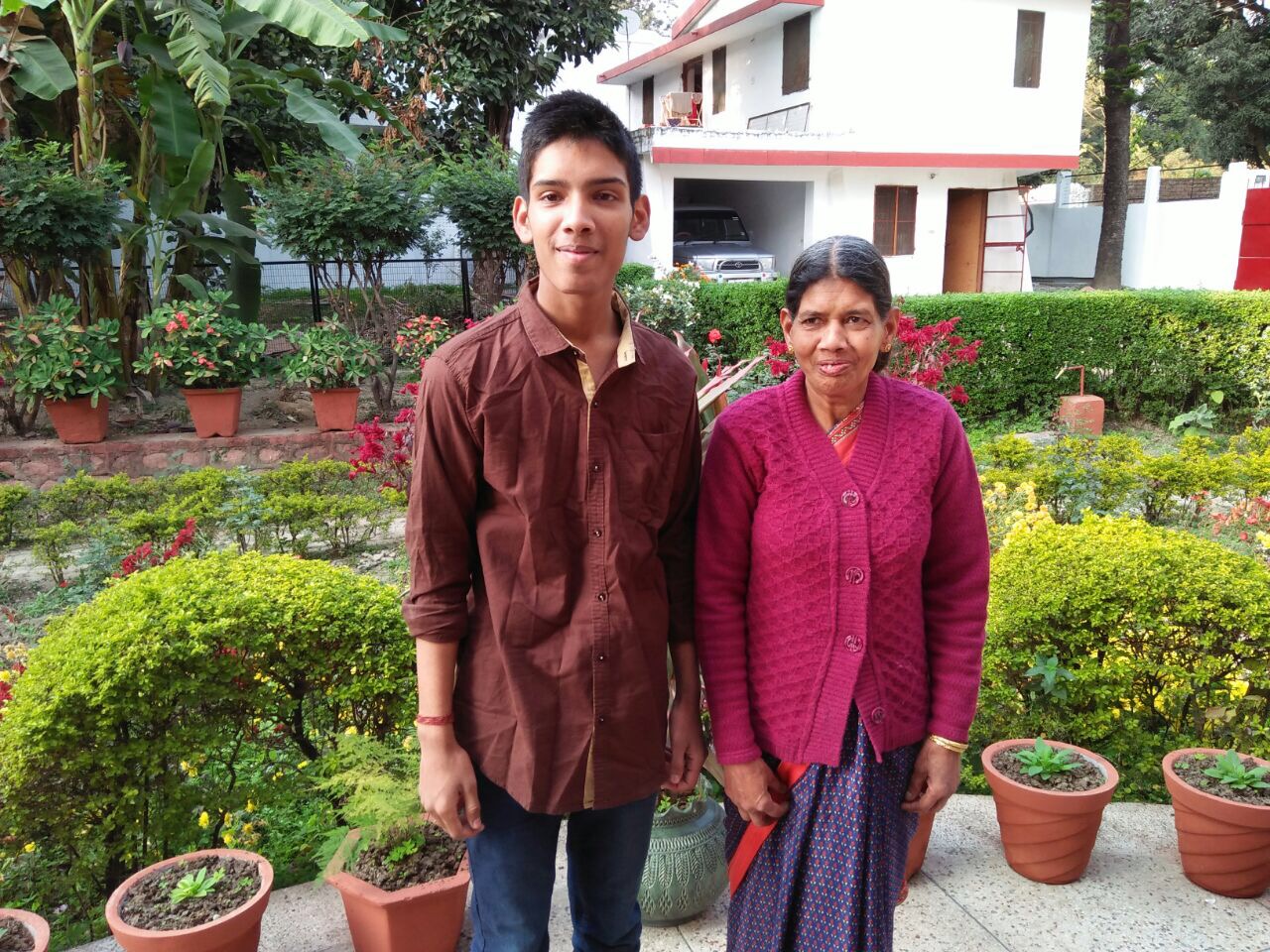 Devaki with her son, Dev

When we spent long periods of time in India, Devaki would take our younger family members under her wing, showing them where to buy the best vegetables and fruits from the vendors who roamed up and down the streets of D’dun. She snuck them treats from the kitchen, too. We all called her Mami (Auntie), regardless of how old we were.

As KHEL grew, she became the heart of a bustling kitchen, whipping up delicious meals for unexpected guests, and always ready with cups of chai to sustain us through our frequent meetings. Sometimes when we’d been talking for too long, she’d say, ‘ok, that’s enough meetings, it’s time for dinner’, and we’d have to call it quits. 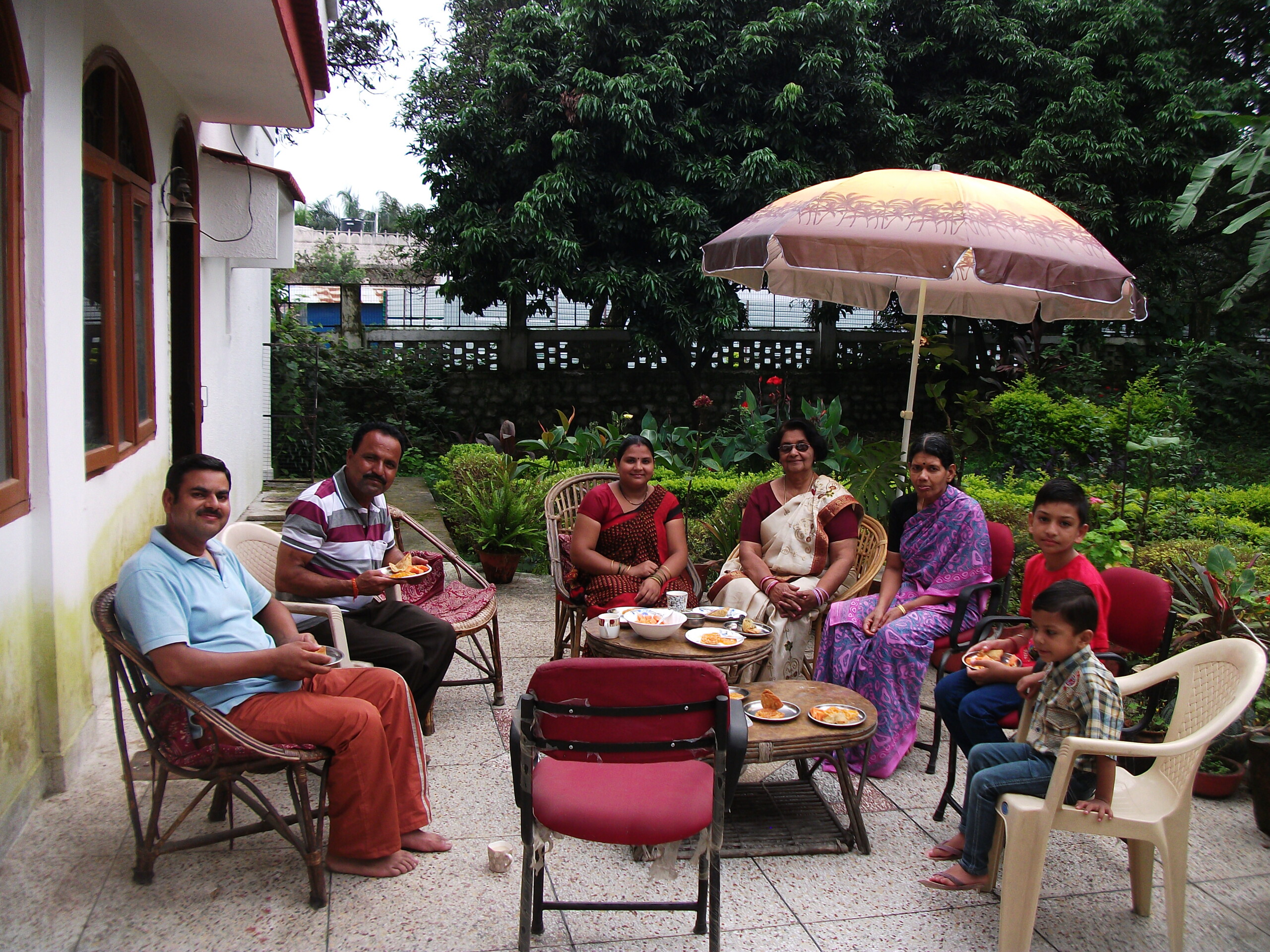 Devaki was our friend and companion and would often join us when we went shopping or to see a movie. She was adventurous and loved going out and meeting new people. She was not educated in the traditional sense, but she spoke 3 languages – Hindi, Malayalam, Tamil – and also managed to make sense of our ‘Hinglish’ – those of us who weren’t fluent in Hindi would often mix Hindi and English in an attempt to communicate.

We haven’t been back to India since 2019 due to the pandemic. We couldn’t be there for her when she had an incapacitating stroke a few months ago. Dev, her loving and devoted son, looked after her with the help of the KHEL family and an assistant hired specifically to care for Devaki. Together, we made sure her last days were filled with love and comfort. 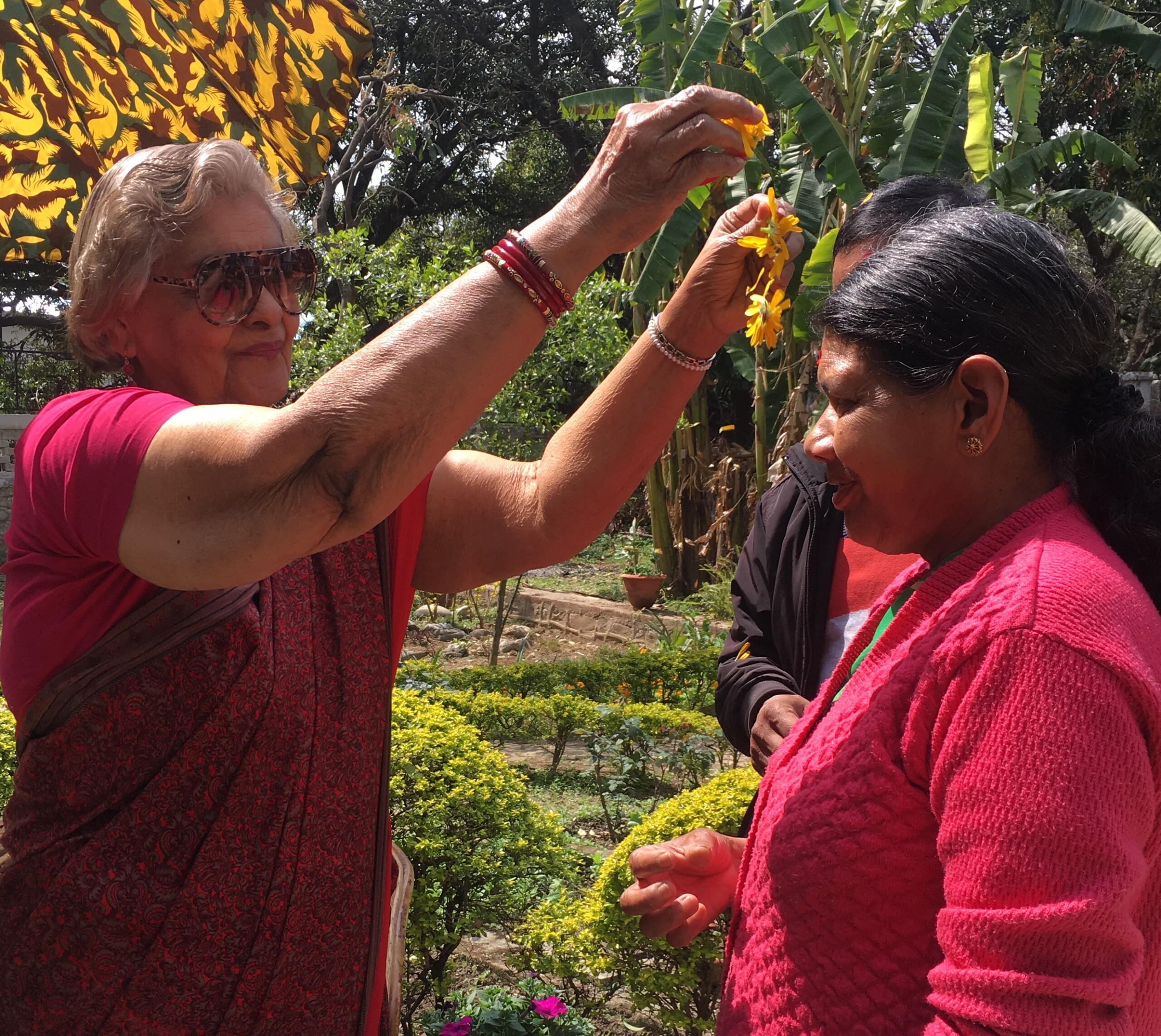 If you’ve ever had a cup of chai or shared a meal with us at our home in India, count yourself blessed by Devaki’s sweetness and kindness and love. In our hearts she will always be our friend and a beloved family member. We will miss her, and our home in India will never be the same.

Devaki as we will remember her, drinking chai on the verandah

In loving memory,
The Arya Family
The KHEL Family